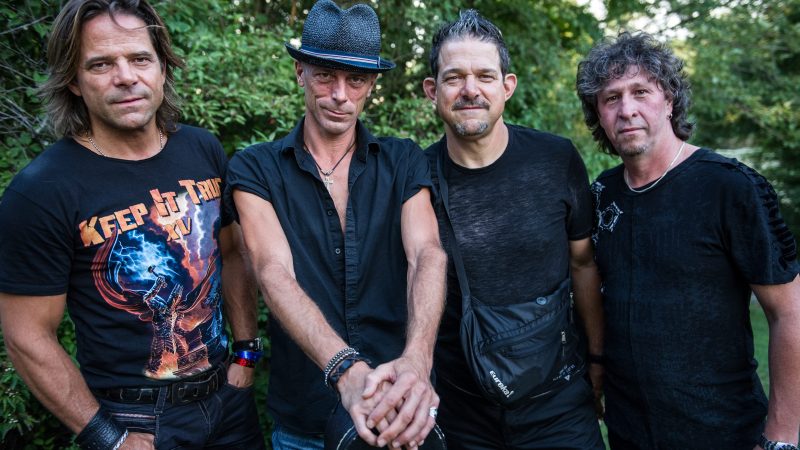 New album to be released on David Ellefson’s Combat Records

March 8, 2018 — Jacques Dion Inc. in collaboration with Le Hall is proud to present, after more than 25 years, legendary Canadian heavy metal lords SWORD’s Montreal great comeback! The concert will be held on Friday April 13th at Club Soda. Tickets are on sale now at the Club Soda ticket counter and online at THEPOINTOFSALE.COM.

The four original members of SWORD are presently recording their third studio album and hot after headlining the Harder than Steel Festival in Germany and two sold-out shows in Quebec City over the last few months, SWORD is pumped to hit the stage in Montreal. Fans of great heavy rock can expect material from their legendary Metalized album, as well as the hard-hitting Sweet Dreams plus brand new, long-awaited new material 30 years in the making!

SWORD is currently in the studio recording its third album to be released by David Ellefson (Megadeth)‘s legendary Combat Records! The guys are ready to pick up where they left off when they were touring with bands like Metallica, Alice Cooper and Motorhead among others, playing for crowds in Europe and the USA.

SWORD is coming back; be warned Montreal!