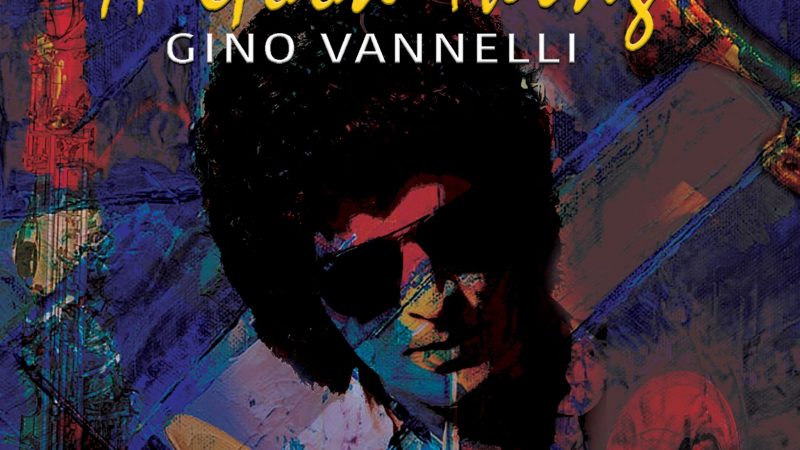 Gino Vannelli’s (More Of) A Good Thing is part new album and part re-issue of the 2009 release A Good Thing.  Gino went back into the studio, remastered, and reimagined the 9 originals songs and added 3 new songs, including his classic “The River Must Flow” that features Brian McKnight. Jazz multi-instrumentalist Mike Phillips is Gino’s guest soloist on “Eye On You”.

After seventeen albums and two hundred songs, dropping himself off seven thousand miles away from home into an apartment furnished with only a couch, bed, piano, guitar and a computer, Gino began the process of creating one of his most unique works, to be complied on an album called, A Good Thing.

Gino Vannelli recollects the making of the original album and shares his thoughts about the new version:

“It was a cold, drizzly morning when I arrived at Schiphol Airport in Amsterdam. I had decided to remain in the Netherlands for as long as it would take to flesh out something that had been brewing inside of me.  The gray autumn days were lonely, long and silent—and that was exactly what I needed. At first, I wasn’t much drawn to the piano and guitar that kept constantly staring at me. I soon became somewhat of a night owl, frequenting clubs and music rooms, listening to as many Dutch musicians as I could.”

“As nature hates a vacuum, after a couple of months, something snapped. I began to fill the quiet days by putting my thoughts and emotions to paper. Fifty or so poems suddenly leapt out of my head—some of which I thought would be perfect set to song form. Putting music to words made for a very different outcome, as compared to my usual process of doing  just the opposite.  After a few months I had finally completed enough material for an entire album. I decided upon A Good Thing, as a title. . . In 2007 and 2008 I rehearsed and played many music rooms across Europe with my new Dutch friends, ironing out the wrinkles of all the freshly written tunes. Many of these musicians would eventually contribute to the recording.”

“Ten years after its release, Claude Villani, president of SRG Records, gave me a shout one day, telling me how much he appreciated and enjoyed listening to A Good Thing. In light of it never having been released in North America, we decided that a re-mastered version, along with adding some new recordings might indeed be a good thing to do.”

“I had always wanted to re-record “The River Must Flow”, a song on my Brother to Brother record. Turns out it wasn’t as easy as simply picking up where I left off in the late seventies. The long and short of it is it took three separate and complete versions to finally land on the one that I was satisfied with. I slowed the tempo some, reworked a few chorus lines, got my hands dirty and spent many days in the studio experimenting until it felt just right. After I was finally done, my friend Brian McKnight was kind enough to add his multi-tracked voice to the record.

It was the perfect sound.”

“I had always wanted to write about love at first sight, namely, laying eyes on my wife-to-be when I was twenty-two. Thus, “Eye on You”, one of the unrecorded songs I had written during my stay in Holland, found its way on this album. Mike Phillips, who had been a musical director and multi-instrumentalist for Prince, Stevie Wonder, Michael Jackson and many others, put his unique mark on this track playing the talk box.”

“Evermore” is one of those tunes, at least to my mind, that begs not a word or note be added or subtracted.  Although the original 2009 recording was fine, a little time and distance brought even more willingness out of me to express the words and music more deeply.”

“It is ironic to find yourself having to make waves in the air to write about silence. A soft finger-picked acoustic guitar and singing softly as I can about small but meaningful elemental sights was the only way I could think of writing and performing “How Sweet the Silence.”

(More Of) A Good Thing will be available digitally world-wide and on compact disc in the United States and Canada on October 15th.