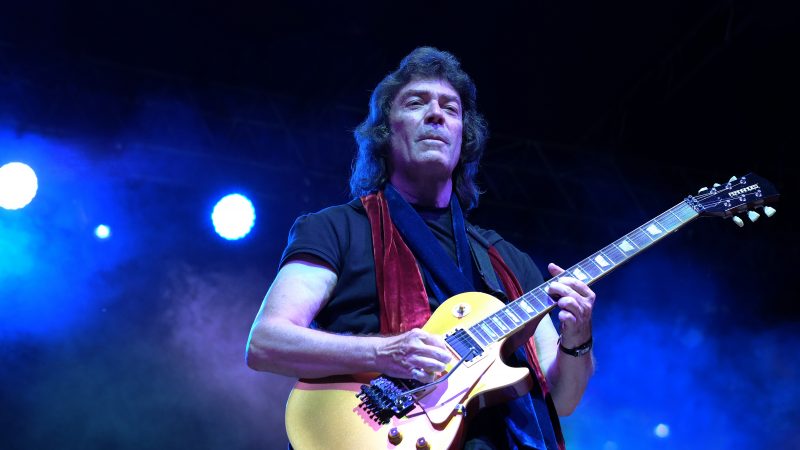 with solo material and Genesis favourites, including

September 12, 2017 – Steve Hackett, legendary guitarist, composer and Rock and Roll Hall of Fame inductee (2010), will stop by Théâtre Maisonneuve at Place des Arts on February 11, 2018, where ‘It’s always a thrill to return to vibrant and amazingly musical Montreal… I look forward to seeing you all soon!’

Performing sold out shows in Montreal in 2010, 2013, 2014 and 2016, Hackett’s current tour entitled Steve Hackett – GENESIS REVISITED, SOLO GEMS & GTR – 2018 Tour de Force, will span his history, from huge Genesis favourites he co-wrote such as ‘Supper’s Ready’, ‘Dancing with the Moonlit Knight’, ‘Fountain of Salmacis’, ‘Firth of Fifth’ & ‘The Musical Box’, also including songs only recently introduced to the Genesis Revisited set like ‘One for the Vine‘ and ‘Inside & Out‘ not seen live by many since the 1970s…

His solo set will celebrate 40 years of ‘Please Don’t Touch’ and will also include special GTR number ‘When The Heart Rules The Mind’, with other old favourites and songs from his ground-breaking new album ‘The Night Siren‘.

Since the 1970s Steve has had an extraordinary career, first with Genesis and then solo, releasing over 30 solo albums and a huge North American hit album with supergroup GTR. Steve has invented techniques like tapping and sweep-picking, with both Eddie Van Halen and Brian May acknowledging his influence. Renowned as one of the most innovative rock musicians of our time, in 2010 he was inducted into the prestigious Rock & Roll Hall of Fame.

Tickets on sale Friday, September 15 at 10 AM at the Place des Arts box office