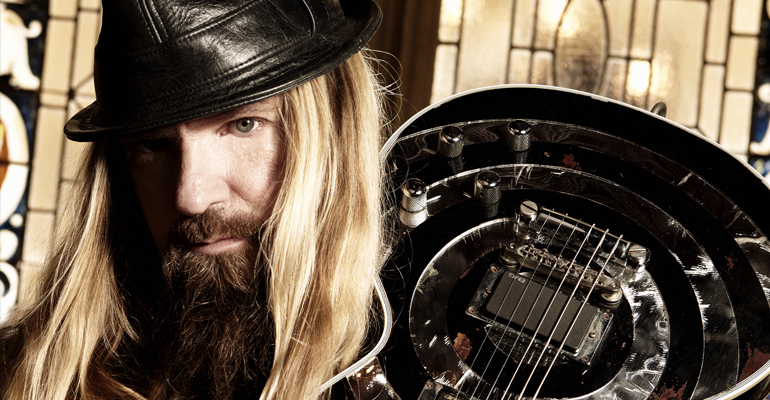 Quick, name the guitarist whose previous albums have sold more than Zeppelin, the Rolling Stones and AC/DC combined. Hint: It‟s not Zakk Wylde. “Let‟s just tell everyone that anyway,” says the guitarist, before launching into a long conversation about other small white lies he‟d like stated as fact (including his bench press and a certain anatomy size). Zakk‟s one funny dude, but take the guy seriously: he‟s also a phenomenally successful musician and a certified metal deity (see below). For over 20 years he served as Ozzy Osbourne‟s guitarist, a collaboration that produced a string of multi-platinum albums, including Osbourne‟s biggest selling album No More Tears (Wylde wrote all of the music) and Ozzmosis. His band, Black Label Society, is on the verge of releasing its eighth (and best) studio album, Order of the Black, a cacophony of heavy riffing, heartfelt ballads and thunderous metal. After years as a mainstay on Ozzfest (including this year!), Black Label is about to embark on its own headlining festival tour, entitled The Black Label Berzerkus. And, in the last few months, Wylde was anointed both a Golden God by Metal Hammer and a Best Guitarist Award by Revolver, two metal bibles essentially bestowing their highest honor on a guy who hasn‟t released new material in four years. And hey, Wylde‟s even got his own custom guitar lines for Gibson and Epiphone, which includes the signature Gibson Les Paul with a bulls-eye graphic that you may have seen used recently by none other than…Justin Bieber guitarist Dan Kanter*.