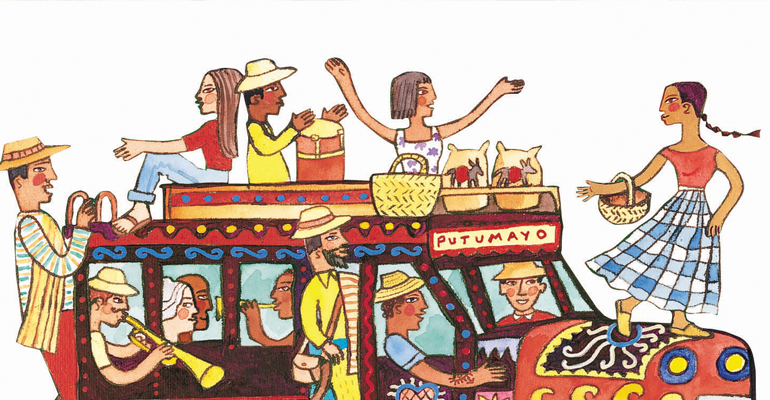 Putumayo World Music was established in 1993 to introduce people to the music of the world’s cultures. The label grew out of the Putumayo clothing company, founded by Dan Storper in 1975 and sold in 1997. Co-founder Michael Kraus joined Storper to help launch Putumayo World Music. In the past eighteen years, the record label has become known primarily for its upbeat and melodic compilations of great international music characterized by the company’s motto: “guaranteed to make you feel good!”